Engraving the upcoming Musashi’s Ring.
The basic motif is the the TOMBO -the Japanese Dragonfly which is perhaps the oldest symbol/emblem in Japan and
The Nihon Shoki (The Ancient Chronicles of Japan, compiled in 720 AD) is the second oldest book of classical Japanese history. Dragonflies are mentioned here, as “akitsu”, the way they were called in those days.
The Japanese DRagonfly became also a symbol of the samurai cult because it moves swiftly in all directions AND it doesn’t fly backward
which symbolizes for the Samurai that it cannot “retreat” until victory is achieved.
We engrave on this ring the immortal words of the the 17th century Samurai, the invincible Miyamoto Musashi taken fro the “Book of Five Rings” -“Seek nothing outside of yourself”. 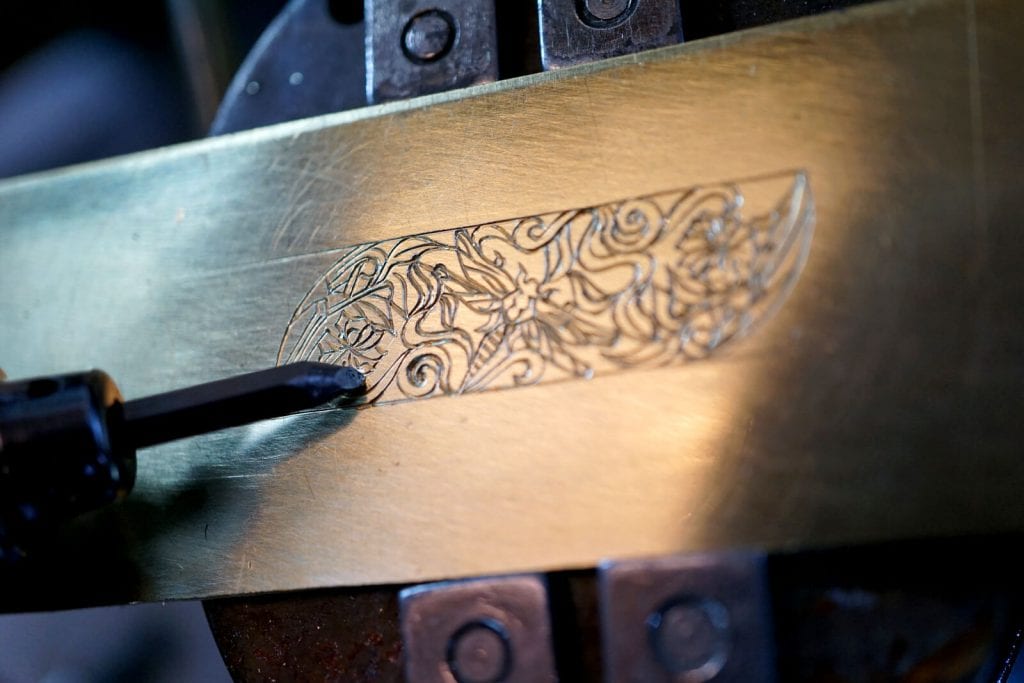 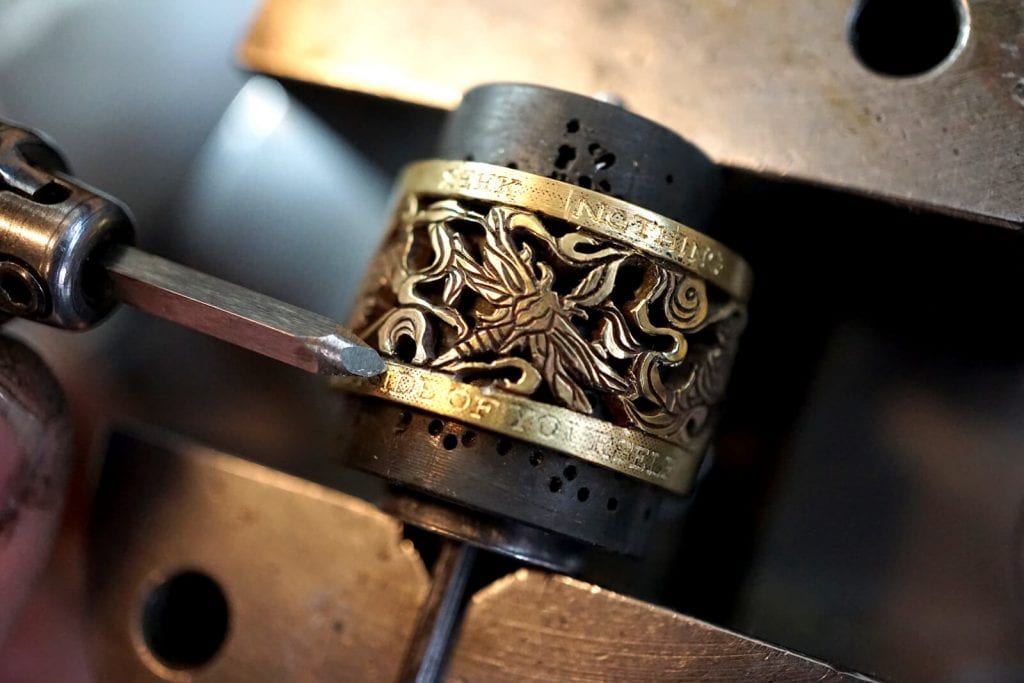